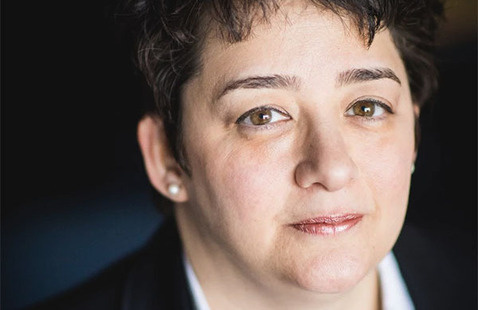 Merav Opher, a professor in the Department of Astronomy at Boston University, is interested in understanding the cocoons around stars, called astrospheres and generated by the stellar winds as they move through the interstellar medium that surrounds them.

During her Radcliffe year, Opher is tackling some of the most critical aspects at the center of heliospheric research: What is the shape of the heliosphere and what is the physical mechanism driving the shape? The results from this fellowship will lay the groundwork for the broader astronomical community to apply the understanding of the only known habitable astrosphere to other stars. The findings will also enable scientists to predict which other stellar systems have the potential to harbor habitable Earth-like planets. Join Opher as she talks about her project in greater detail.

Opher has received numerous honors. She recently became the principal investigator of the SHIELD DRIVE Science Center, a NASA-funded center with more than 40 leading scientists across a dozen institutions.

After registering, you will receive a confirmation e-mail containing a link for the event.