This is a past event.
By Dean of Students Office, Office of First-Year Experience 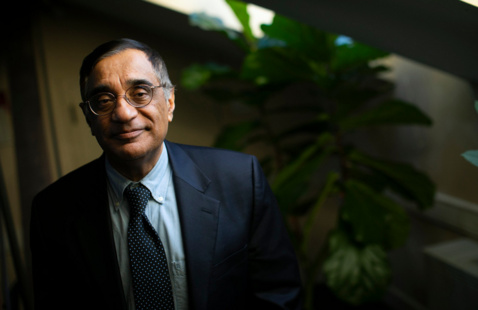 Born in Nairobi, Kenya, Ali Asani is Murray A. Albertson Professor of Middle Eastern Studies as well as Professor of Indo-Muslim and Islamic Religion and Cultures. He served as the Director of the Prince Alwaleed bin Talal Islamic Studies Program at Harvard University from 2010-2016. After completing his high school education in Kenya, he attended Harvard College, with a concentration in the Comparative Study of Religion, graduating summa cum laude in 1977. He continued his graduate work at Harvard in the Department of Near Eastern Languages and Civilizations (NELC), receiving his Ph.D. in 1984. Prof. Asani holds a joint appointment between the Committee on the Study of Religion and NELC. He also serves on the faculty of the Departments of South Asian Studies and African and African-American Studies. He has taught at Harvard since 1983, offering instruction in a variety of South Asian and African languages and literatures  as well as courses on various aspects of the Islamic tradition including Understanding Islam and Contemporary Muslim Societies;  Religion, Literature and the Arts in Muslim Cultures; Muslim Voices in Contemporary World Literatures; Introduction to Islamic Mysticism (Sufism);  Ismaili History and Thought; and Muslim Societies in South Asia: Religion, Culture and Identity.

Applications for this event are open until noon on Monday, November 2, and are limited to students in the Class of 2024. Students selected to attend will be notified with instructions to join the event online.

If you have questions about this event or the Uncommon Fare Program, please contact Cori Tucker-Price at firstyearfacstu@fas.harvard.edu.