Testosterone: The Hormone that Dominates and Divides Us

This is a past event.
By Harvard Museums of Science & Culture 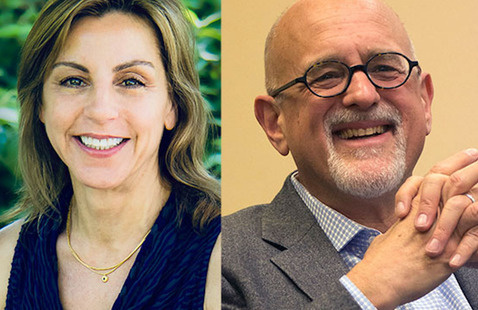 While most people agree that sex differences in human behavior exist, they disagree about the reasons. But the science is clear: testosterone is a potent force in human society, driving the bodies and behavior of the sexes apart. As Carole Hooven shows in her book T: The Story of Testosterone, the Hormone that Dominates and Divides Us (Henry Holt & Company, 2021), it does so in concert with genes and culture to produce a vast variety of male and female behavior. And, crucially, the fact that many sex differences are grounded in biology provides no support for restrictive gender norms or patriarchal values. In conversation with Harvard psychologist Daniel Gilbert, Hooven will discuss why an understanding of testosterone can lead to a better understanding of ourselves and one another—and can help build a fairer, safer society.

Carole Hooven, PhD, is lecturer and codirector of undergraduate studies in the Department of Human Evolutionary Biology at Harvard University. She earned her PhD at Harvard, studying sex differences and testosterone and has taught there since then. Hooven has received numerous teaching awards and her popular Hormones and Behavior class was named one of Harvard Crimson’s “top ten tried and true.”

Daniel Gilbert is Edgar Pierce Professor of Psychology at Harvard University and author of Stumbling on Happiness, a New York Times bestseller and winner of a Royal Society Prize for Science Books. He has won numerous awards for his research and teaching, including the American Psychological Association’s Distinguished Scientific Award for an Early Career Contribution to Psychology. In 2008 he was elected to the American Academy of Arts and Sciences.