One From Another: A Conversation with Poet Roger Reeves 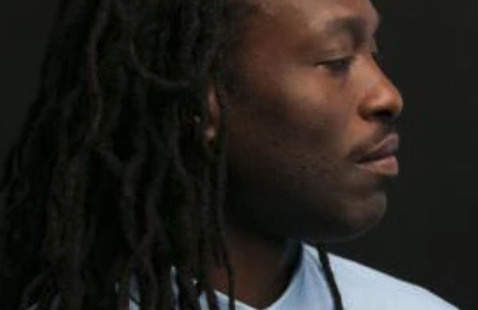 In this lecture, Reeves will discuss his latest poetry project, “One From Another,” which takes up the task of deploying ecstasy as a protest aesthetic, as a disruption of racial terror. Through the use of free verse as well as more traditional forms, such as the abecedarian, elegy, and ode, these poems engage the singing of James Baldwin, the images, details, and metaphors of the current protest movement, the ontology and epistemology of the hush harbor, and subversive sites of study during slavery to create a long song that sings out of the largesse of black life, a song that sings of a future that is both ecstatic and defiant.

Reeves earned his PhD from the University of Texas at Austin. He was awarded a 2015 Whiting Award, two Pushcart Prizes, a Hodder Fellowship from Princeton University, a 2013 National Endowment for the Arts Literature Fellowship, and a 2008 Ruth Lilly Fellowship from the Poetry Foundation. His first book, King Me (Copper Canyon Press, 2013), won the Levis Reading Prize from Virginia Commonwealth University, the John C. Zacharis First Book Award from Ploughshares, and a PEN Oakland Josephine Miles Book Award. His second book of poems, Best Barbarian (W.W. Norton, 2022), is forthcoming.

After registering, you will receive a confirmation e-mail containing a link and password for this event.