Off Camera with Tika Sumpter

This is a past event.
By Harvard College Women's Center, Office for the Arts 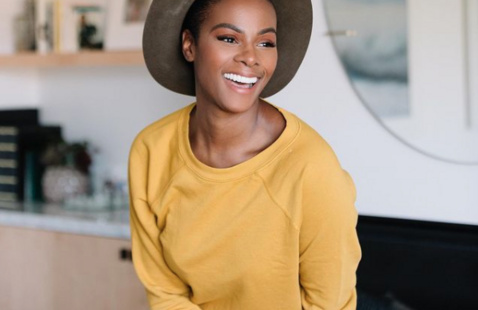 The Office for the Arts at Harvard and the Harvard Women's Center present Off Camera, a monthly series of live conversations, hosted by film and TV producer, Nicholas Weinstock ’91, with dynamic actors, writers and directors working in the fast-changing terrain of modern Hollywood. Off Camera will give students the chance to talk directly and candidly to some of the people working hardest to transform the art of entertainment.

Join us for a discussion with Tika Sumpter, actor and singer from Sonic the Hedgehog, Mixed-ish and The Haves and the Have Nots. Sumpter also Sumpter played a young Michelle Obama in the romantic comedy-drama film Southside with You, a biopic about the early romance between Barack and Michelle Obama.

Watch an interview and video clip of Sumpter talking about playing the role of Candance in Tyler Perry's The Haves and the Have Nots.

This event is in partnership with the Harvard College Women's Center.