Login with HarvardKey to view all events.
Places Events Groups

“Light this Candle!” Sixty Years of Americans in Space

This is a past event.
By Collection of Historical Scientific Instruments, Harvard Museums of Science & Culture 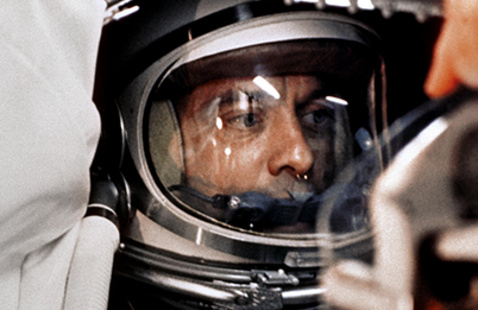 On May 5, 1961, astronaut Alan Shepard became the first American in space, following cosmonaut Yuri Gagarin’s mission three weeks earlier. With the United States trailing the Soviet Union in spaceflight, President John F. Kennedy closely watched the launch of Freedom 7, eager for proof that America could match Soviet achievements. In his flawless performance, Shepard—whose position in the space program owed much to the work of Harvard-trained physicians— became the archetype of the American astronaut. In this talk, marking the 60th anniversary of the first American in space, Matthew Hersch will recount the events of Shepard’s flight and offer a discussion of astronaut selection, then and now.

To join the program, you will need to download the free Zoom app in advance. If you already have Zoom, you do not need to download it again. For details on how to improve your Zoom experience, visit the How to Attend an HMSC Program webpage.

Matthew Hersch is an associate professor of the History of Science at Harvard University, specializing in the history of aerospace technology.  A graduate of the Massachusetts Institute of Technology, he received his law degree from New York University and his doctorate in the History and Sociology of Science from the University of Pennsylvania where he later taught concurrently in the School of Arts and Sciences and the School of Engineering and Applied Science. He has held fellowships in history and space technology at the Smithsonian Institution, NASA, the Huntington, the University of Southern California, and Columbia University, and is the author of Inventing the American Astronaut (Palgrave Macmillan, 2012), co-author (with Ruth Schwartz Cowan) of the second edition of A Social History of American Technology (Oxford, 2017), and most recently, co-editor (with Cassandra Steer) of War and Peace in Outer Space: Law, Policy, and Ethics (Oxford, 2020). Professor Hersch is currently completing a book manuscript for MIT Press entitled Dark Star: A New History of the Space Shuttle.