Login with HarvardKey to view all events.
Places Events Groups 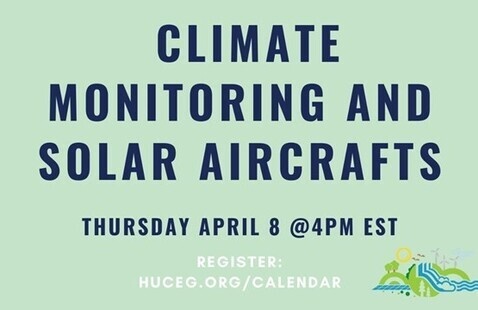 Learn about the design and development of new climate observing systems including solar powered stratospheric aircraft and the StratoCruiser Flight System from Jim Anderson himself.Jim Anderson is the Philip S. Weld Professor in the Departments of Chemistry and Chemical Biology, Earth and Planetary Sciences and the School of Engineering and Applied Sciences, Harvard University.

The Anderson group is engaged in a coupled array of research projects designed to establish the quantitative coupling between (1) the forcing of climate by increasing carbon dioxide and methane and other infrared active molecules, and (2) the feedbacks within the climate structure that set the time scale for global-scale change.

Jim Anderson was Chairman, Department of Chemistry and Chemical Biology, Harvard University, 1998–2001. He was elected to the National Academy of Sciences in 1992, the American Philosophical Society in 1998, the American Academy of Arts and Sciences in 1985, a Fellow of the American Association for the Advancement of Science in 1986, a Fellow of the American Geophysical Union in 1989. He has testified on numerous occasions before both Senate and House committees on national energy and climate issues. Learn more about the Anderson group’s research.

Additional Information can be found at: thehub.college.harvard.edu/event/7035303