This is a past event.
By Harvard University Dining Services 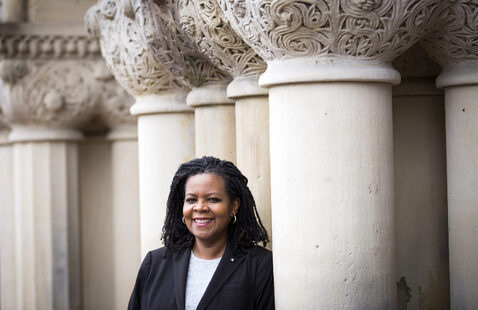 This series is only for first-year students, with each event limited to 10 students so that you can participate in the discussion and ask the questions that are on your mind. Students who attend will have the opportunity to meet outstanding members of the Harvard community over dinner at the Faculty Club.

Annette Gordon-Reed is the Charles Warren Professor of American Legal History at Harvard Law School, and a Professor of History at Harvard University.   For her epic work, The Hemingses of Monticello: An American Family, Gordon-Reed was awarded the 2009 Pultizer Prize in History and the 2008 National Book Award for Non-Fiction, along with 12 other awards.   Gordon-Reed was awarded a 2009 National Humanities Medal by President Barack Obama, and was named a MacArthur "Genius" Fellow in 2010.  Among her other honors are a Guggenheim Fellowship in the Humanities (2009), and a Fellowship from the Dorothy and Lewis B. Cullman Center for Scholars and Writers at the New York Public Library (2010–2011) and membership into the American Academy of Arts and Sciences.