This is a past event.
By Office for the Arts 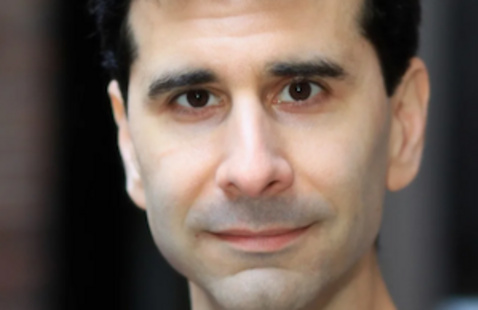 ArtsBites is the OFA round-table discussion series with undergraduate students and visiting artists. We are also happy to welcome the Harvard community and friends to this event. Our hope is that all attendees can discover and explore how to create an expressive career and a performative life.

Join us for a conversation with John Cariani, Tony-nominated actor and playwright for Almost, Maine, featured this fall in Caroline, or Change on Broadway. This event is in partnership with Harvard-Radcliffe Dramatic Club. See his career highlights here.

John Cariani is an American actor, playwright and author. Cariani is known to TV fans as the unwavering forensic expert Julian Beck in Law & Order. Onstage, he earned a Tony Award nomination for his role as Motel the Tailor in the 2004 Broadway revival of Fiddler on the Roof. As a playwright, he is best known for his first play, Almost, Maine, which the New York Times called "one of the biggest hits in global theater." He starred on Broadway in the Tony Award winning musicals Something Rotten! and The Band's Visit. Cariani grew up in Presque Isle, Maine, which has been the fictional setting for several of his theatrical works.

Office for the Arts